In this article, we would explore all the lists and libraries export options in detail covering in which scenarios which particular setting should be used to get the desired result.
Click this link you would like to watch an introductory video to the Global Settings.
You will notice that we have a separate section "Global Settings" in the sidebar menu. This section provides you with a varied set of settings to configure the way you want your SharePoint data to be exported to SQL Server tables. 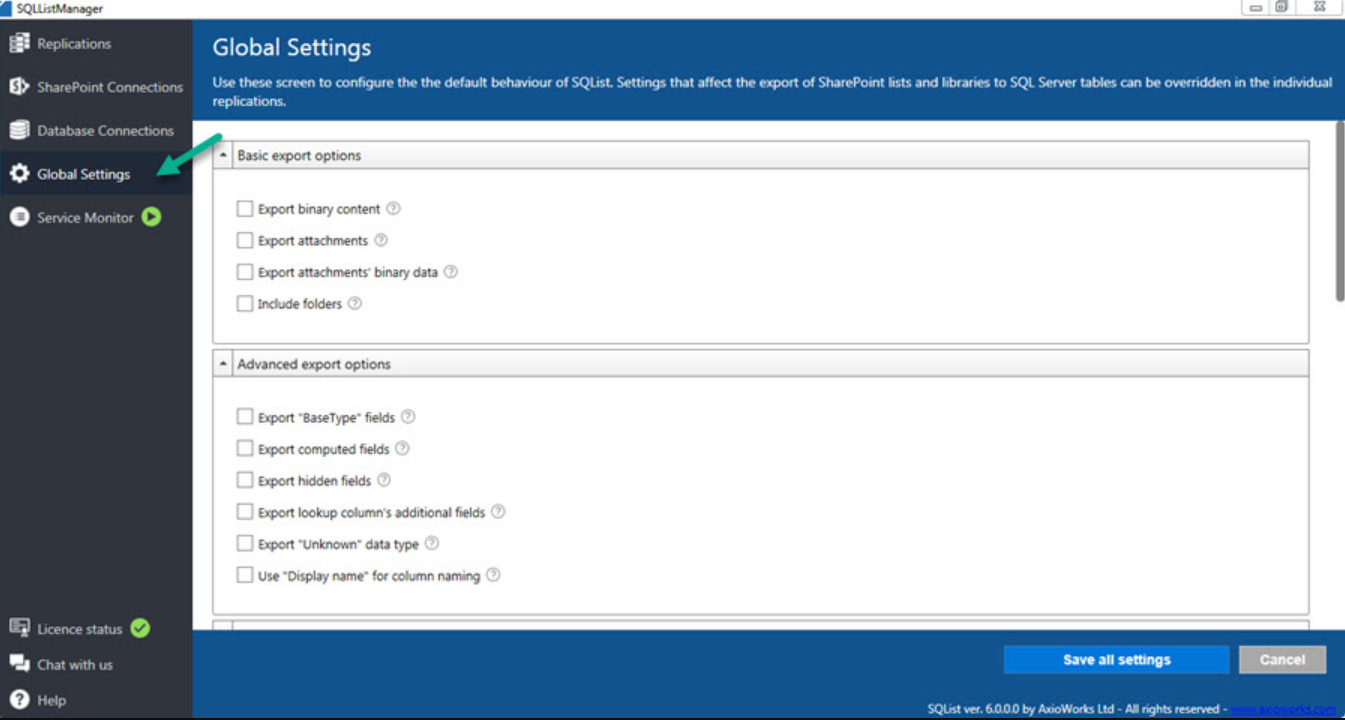 The settings are further divided into groups:
Let's explore these groups one by one starting with basic export options.
Basic export options: This section covers up settings related to the export of type of data ( images, attachments, folders).

For example, We have a picture library named Customers in SharePoint and w exported this library to SQL Server table without setting this property to true. In this case, it will export only the metadata about the image but not the actual image. 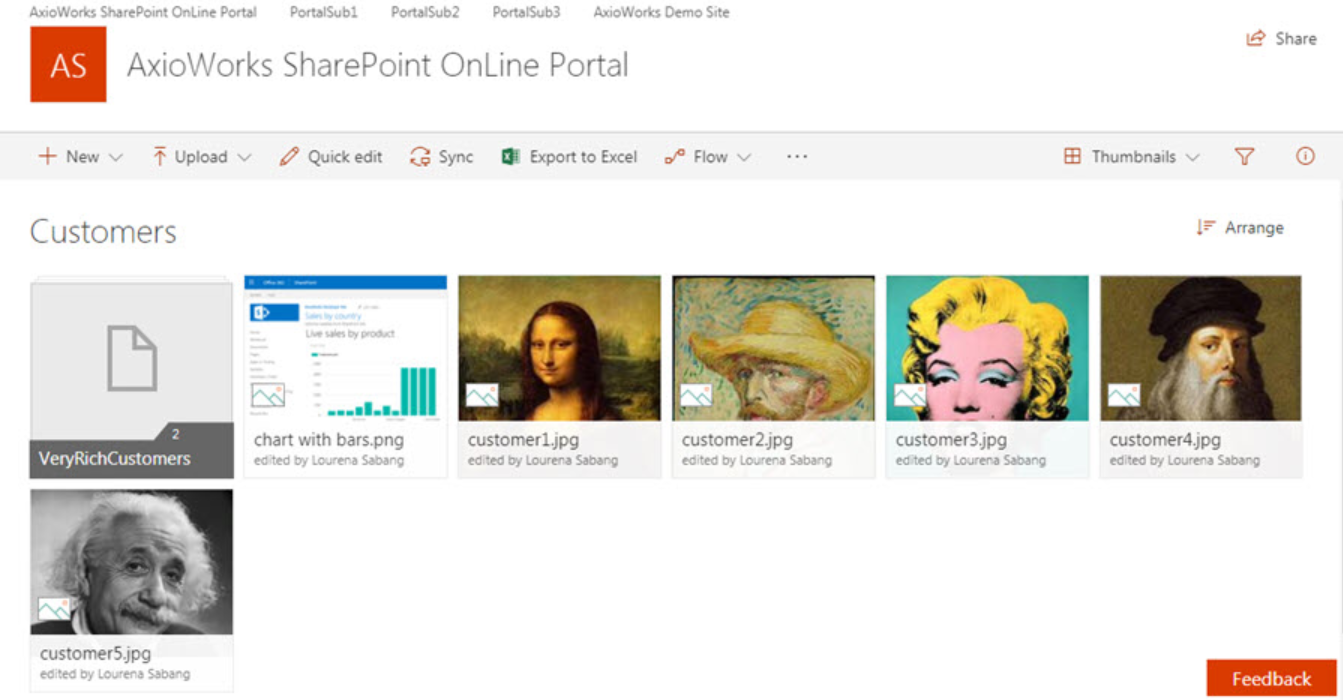 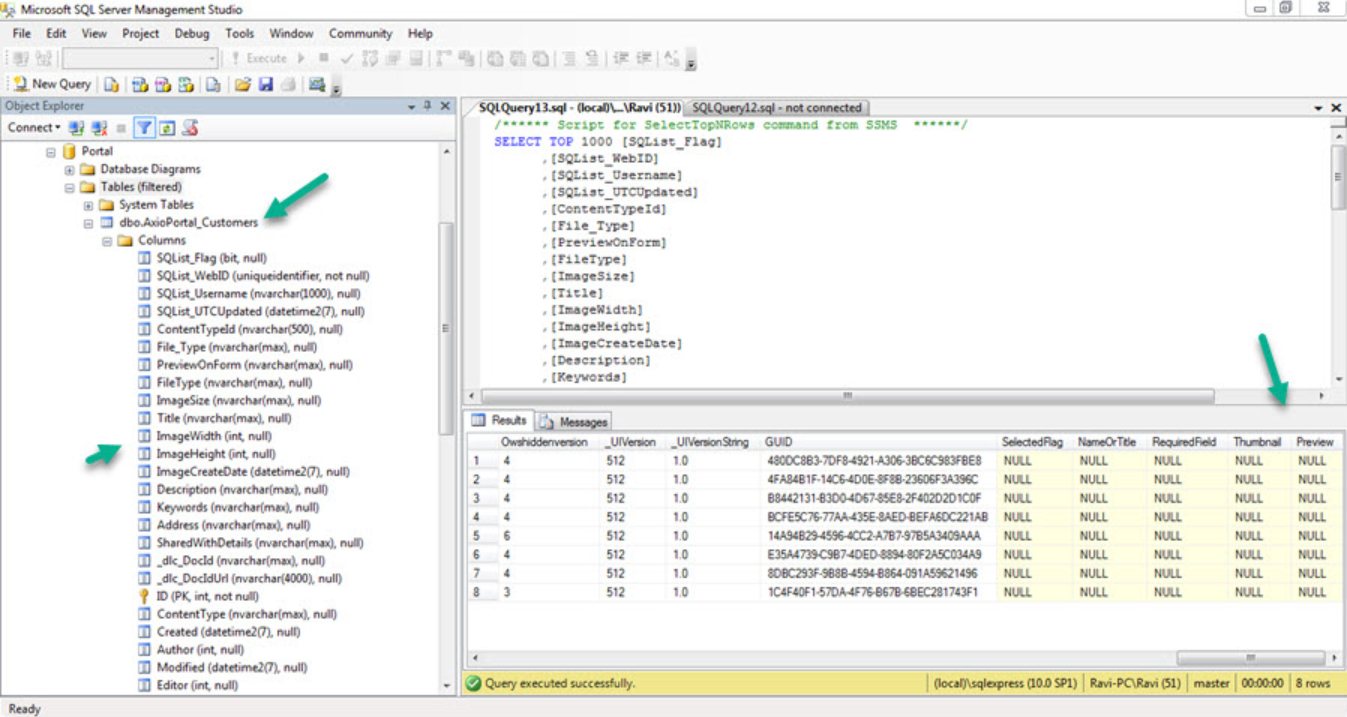 You can see in the above screenshot only the metadata about the library is exported but not the actual data. We have exported the same library after setting the "Export binary data" to true., then in addition to the metadata, the actual binary data is exported as well. You can notice we have an additional column "DocumentBytes" on the table. This column stores the binary data of the image. 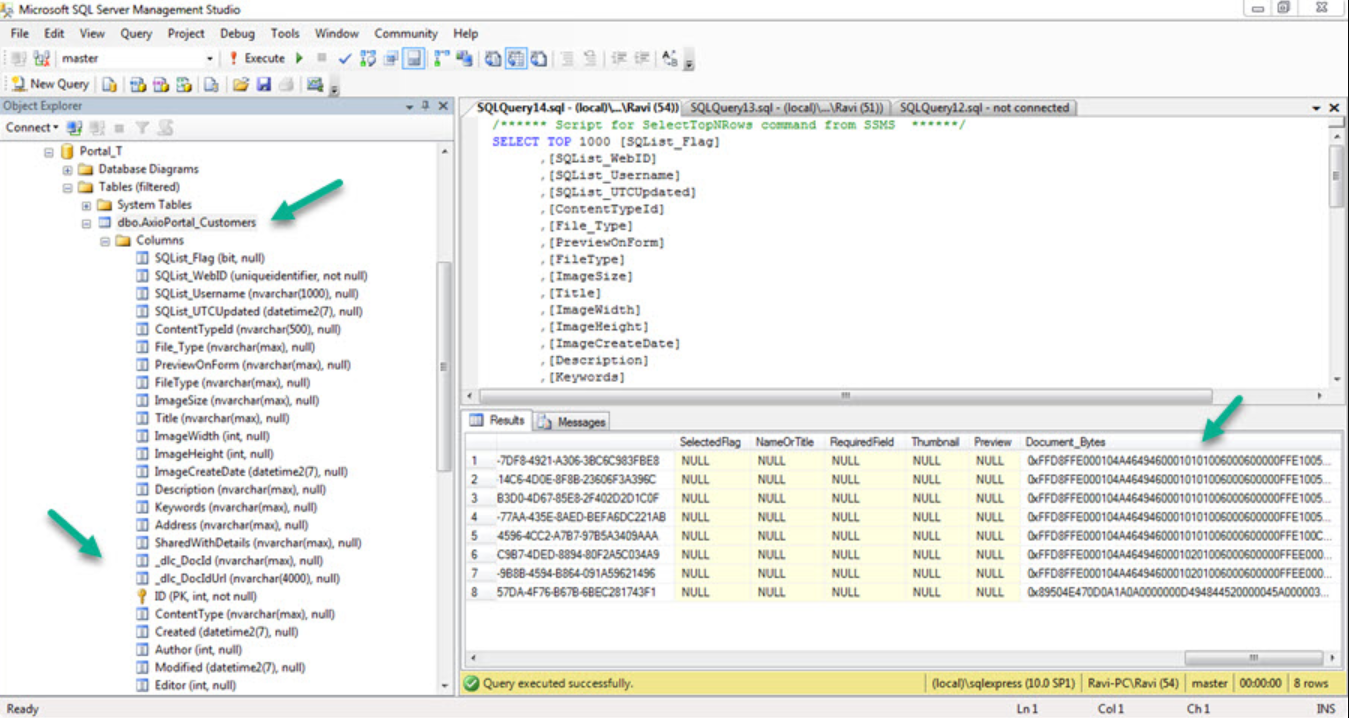 For example, we have a list "Products" which contains attachments. So, if export this list using SQList without setting any of the two settings to true then only the list Products will be exported without attachments. You can see in the screenshot below that only one table has been created in the SQL Server database for the list.

But if set the export attachments property to true then a new table is created in addition to the main table having the data related to the attachments. 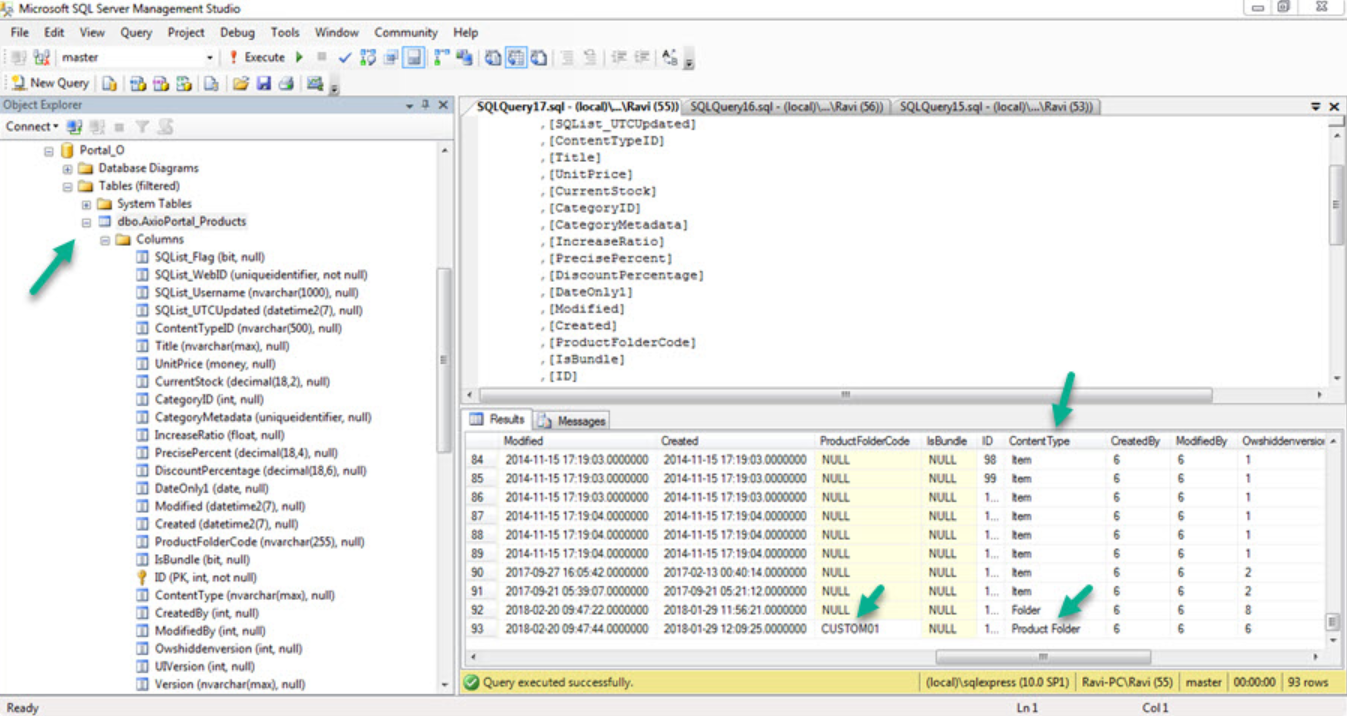 Now let's move on to the second group of setting.
Advanced export options: This section covers all the settings related to the export of special columns or system columns from SharePoint list. By default, SQList does not export the system special columns in the list as part of the standard exporting procedure, because if it was exported the exported tables will have lot many columns. Moreover, these columns contain mainly internal links and values which would be of no use from reporting and application prospect.

For example, we have a list on which we have defined a look up "lookup2". This lookup field gets the required information from the list "Test list 2". Also, we have specified the additional columns ID, Title, Modified, Created, Version of the lookup. Now if we require exporting these additional columns as well, then we need to set this setting to true.

You can see that additional fields are included in the destination SQL Server table as a part of the export. 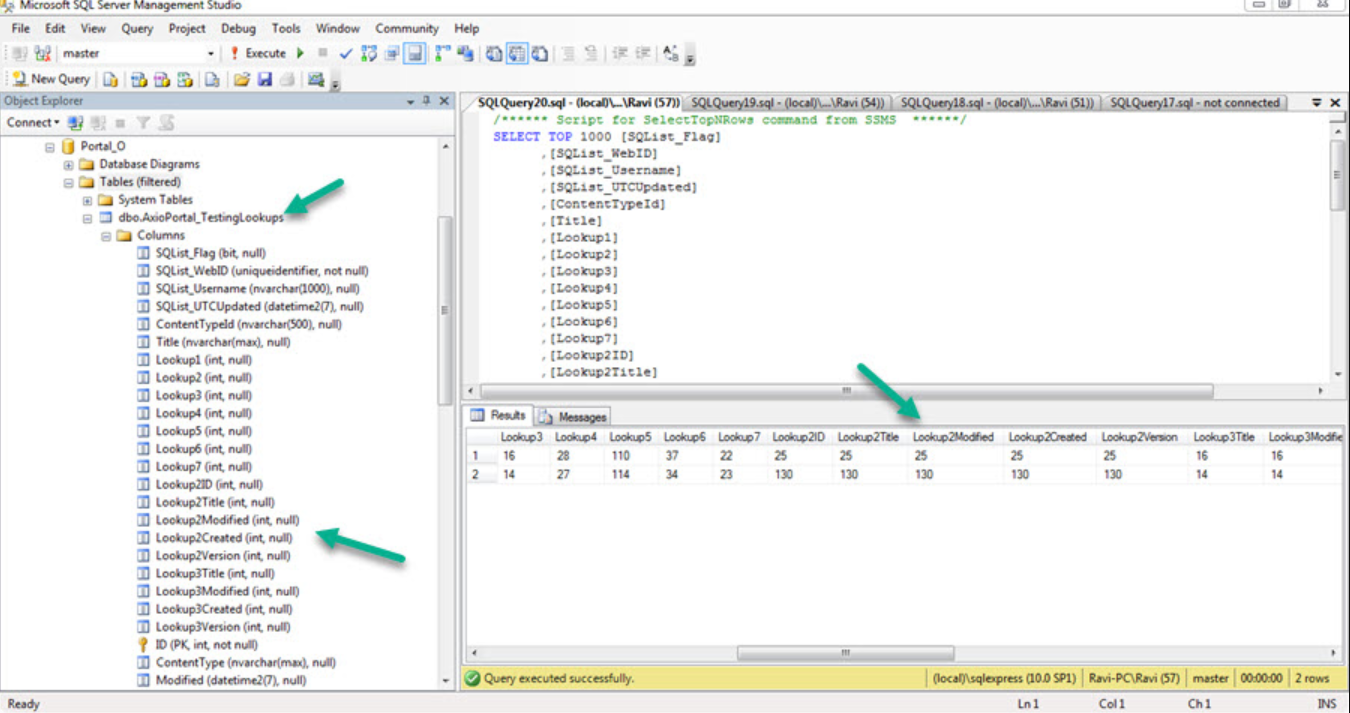 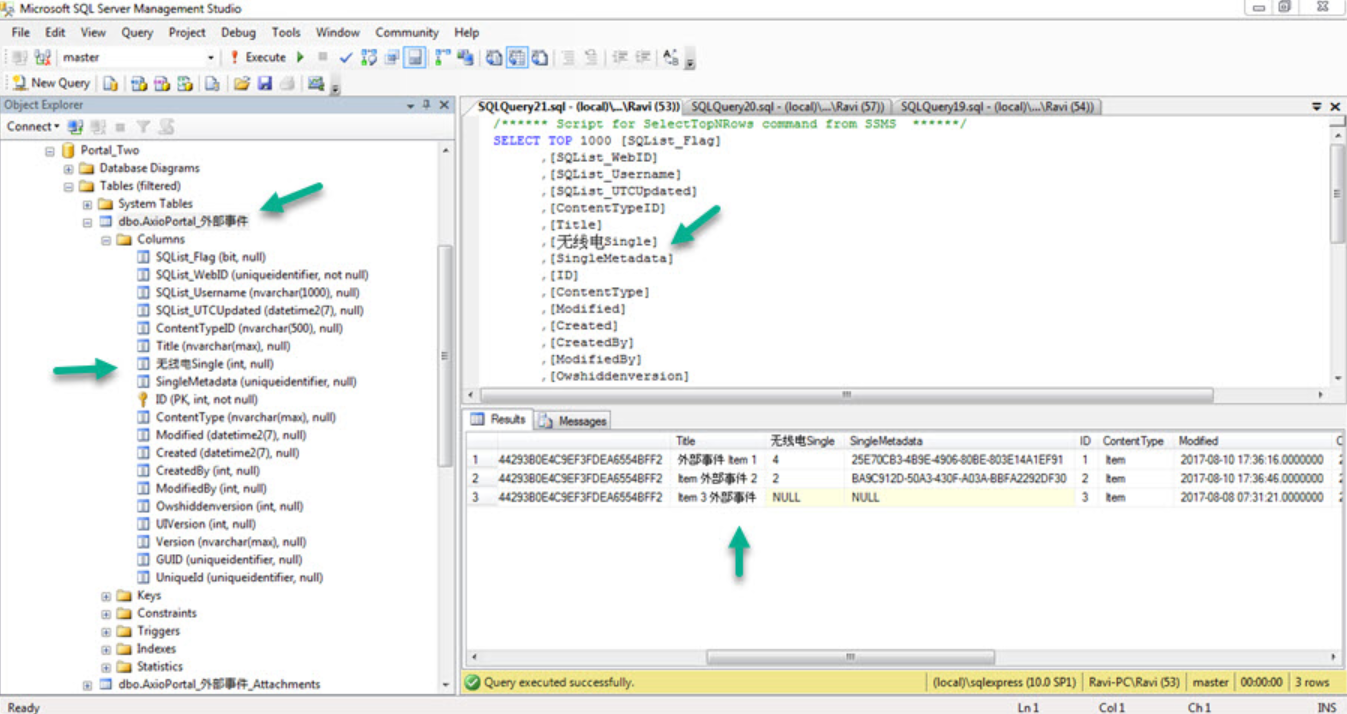 Now let's explore the third group of settings i.e. "SQL table naming options". This section covers up the settings involved in configuring the naming conventions of objects in SQL Server. The objects mainly are the tables and the columns in SQL Server.

By default, SQList uses the latest types while exporting but if you are using an older version of SQList and upgrading to new SQList version 6, you might not want to change the types of columns in your existing replications. Then you can use the provided options to have backward compatibility.
Now cover the last group of settings i.e. "Developer options".
The developer options should be handled with utmost care and should be considered as the last option.