Version 6.0.2.0 of SQList is a minor update; you can therefore upgrade for free if you have a licensed version 6.x. To download the latest version of SQList visit http://www.axioworks.com/sqlist-download/
Warning: There are some potentially breaking changes in this release; look for this symbol

See below a summary of the changes.

Previous versions of SQList (including ver. 5) did not remove items contained in a folder, when the folder itself was deleted. The reason was that the SharePoint change tracking does not log changes for the individual items contained in it being removed, but only for the folder itself.
We now have fixed this issue by forcing a complete re-sync of the SQL table when a folder is deleted or modified (modifying a folder's name will change the path of the items contained in it).
Breaking change: folders now are always exported to the SQL table, there is no longer an option to exclude them.

We have added the option to "set ANSI warnings off"; this option is useful with SQList to allow string truncation when a text value in a SharePoint item is longer than the the maximum length allowed by the column that contains it. 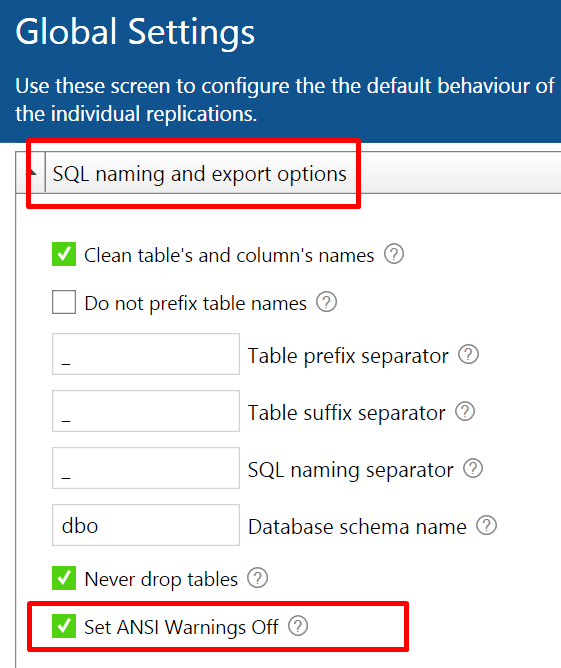 Changed naming of many-2-many columns when permissions are insufficient

For every multi-lookup column, SQList creates a dedicated SQL table containing the ID of the main list's item (Parent ID) and the ID of the lookup lists's item (Child ID).
The name of the column containing the Child ID is constructed using the name of the lookup list; to retrieve the name of the lookup list, SQList requires permission to load that lists's details.
If the permissions used by SQList are not sufficient, SQList throws a warning message, and used the lists's GUID to generate the column's name.
The resulting name was neither user friendly nor intuitive.
Breaking change: we changed SQList to use the lookup column's name instead, so the structure of the many-2-many SQ table will change.
Example:
Failed to retrieve lookup list name for field "_Author" of type UserMulti (LookupList=8a56453c-8ab7-4147-ac29-c6a5b76fcf78, LookupWebId=a4cbb203-bea6-4ee0-9c45-733d7f6665e4); the credetials being used may not have access to it. Using the lookup list GUID "Cb1b6254_8cfb_46d5_b367_ecef3ebf1405" as field name. 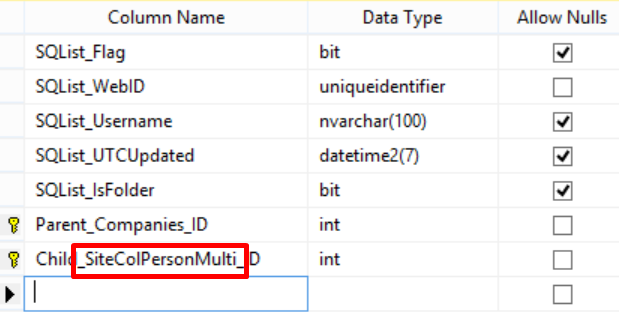 Handling of columns with special characters when display name is used

We have fixed an issue that was causing a SQL error when column names contained special characters and the "Use display name for column naming" options was selected.

We have fixed an issue where table names were missing a letter when they their corresponding list belonged to a sub-site.
Breaking change: SQList will generate the correct table names and therefore re-create them from scratch. The old tables will be removed (if the "Never drop tables" option is not selected).

We have improved the performance of the replication engine and the responsiveness of the UI.

If you are upgrading:

If you are upgrading and you want to export the Approval status and Item path columns, follow these steps: 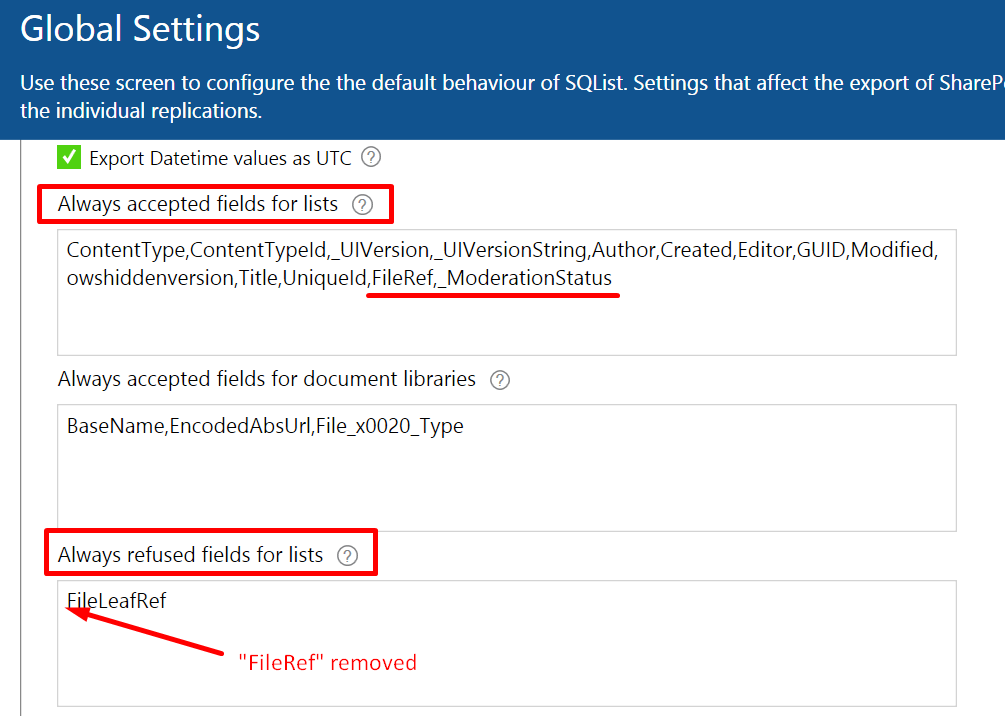 If you have any questions about this upgrade, please contact us at support@axioworks.com