Version 6.1.1.0 of SQList is a minor update; you can therefore upgrade for free if you have a licensed version 6.x. To download the latest version of SQList visit http://www.axioworks.com/sqlist-download/
There are no breaking changes in this release.
See below a summary of the changes.

SharePoint does not log changes for items contained if folders that are updates of deleted and those were missed by SQList. In version 6.0.2.0 we fixed that by forcing a full re-sync of the list but, while it is fine in most cases, this solution is not practical when a list contains millions of items and a full re-sync can take hours.
We have now changed this so that only the items and folders affected by the changes are re-synchronised.
IMPORTANT: This change requires the column FileRef to be exported. If you are upgrading, follow these steps: 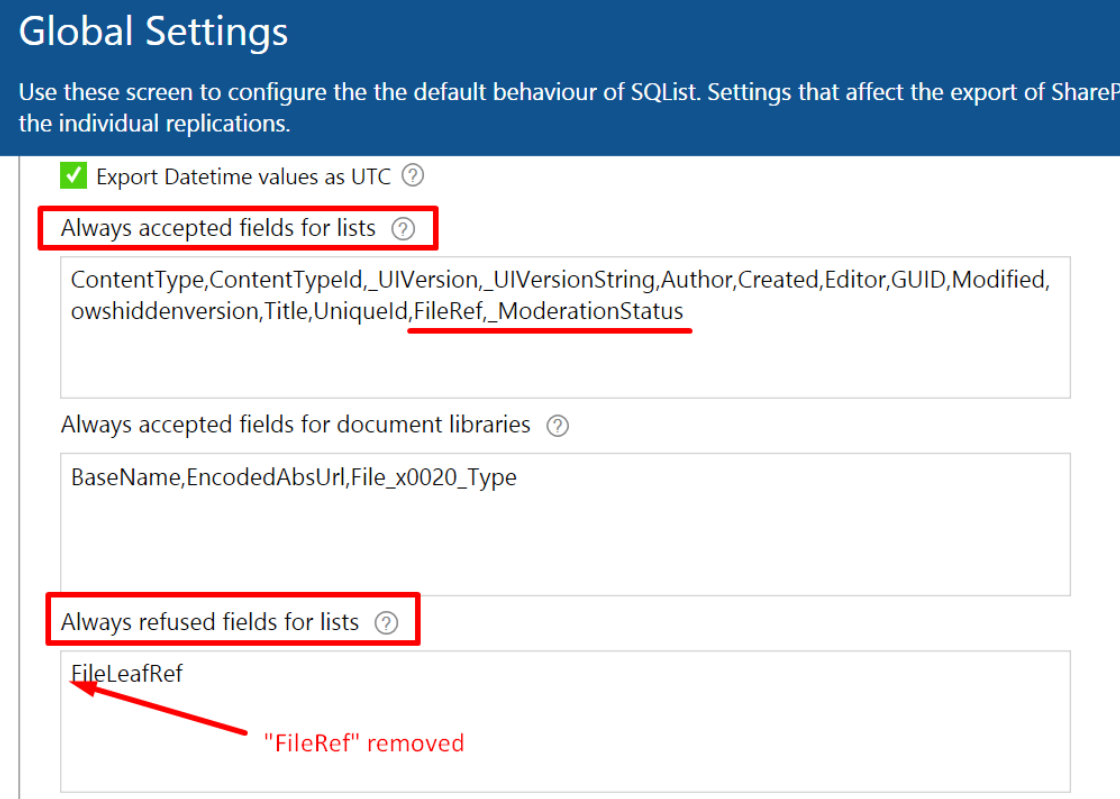 The first time you configure a list to be exported SQList, need to perform the so-called initial synchronisation. Is this initial sync is interrupted half way through, SQList re-starts it from scratch. While it is fine in most cases, this solution is not practical when a list contains millions of items and the re-sync can take hours.
We have now changed this so that in case an initial synchronisation is interrupted, SQList no longer updates all items already exported but only performs a quick check on what has been already exported and then continue from where it was left. 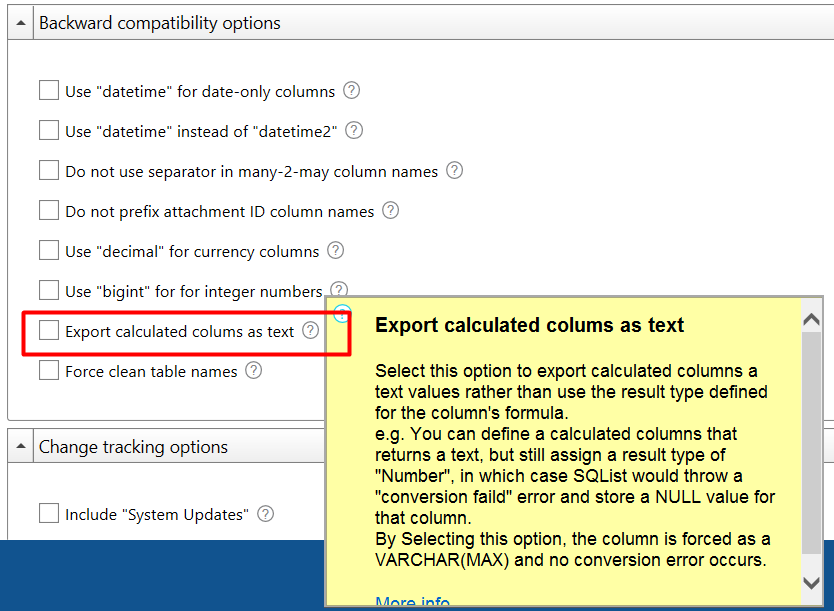 A new setting has been added to the Backward compatibility settings section named Force clean table names, which allows you to force SQList to remove special characters from table names, even if the option to "Clean table's and column's names" is not selected.
This setting has been added to keep backward compatibility with SQList version 5, which always removes special characters from table names.

If you have any questions about this upgrade, please contact us at support@axioworks.com